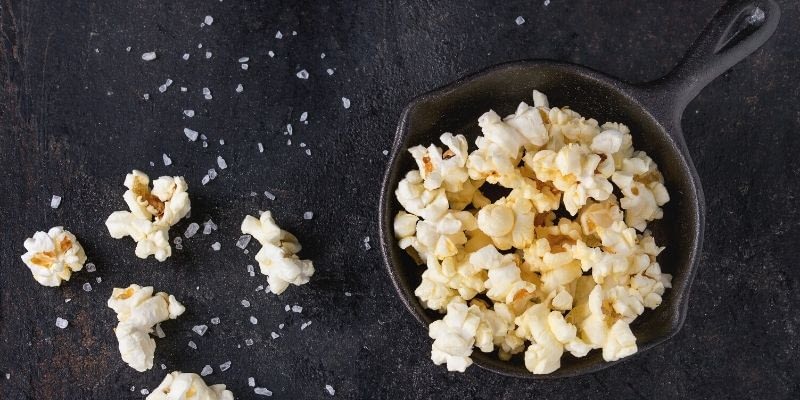 Will Popcorn Knock Me Out Of Ketosis?

Whether you're already on the popular high fat, low-carb keto diet, or just thinking about jumping on the bandwagon, you've probably started to think about a big bowl of delicious popcorn and wonder, "Will popcorn knock me out of ketosis?"

As you sit at home or in the theatre watching a movie, you might start to think about a big bowl of delicious popcorn and wonder, “Will popcorn knock me out of ketosis?”

Whether you’re already on the popular high fat, low-carb keto diet, or just thinking about jumping on the bandwagon, you’ve probably started to think about snacks.

The number of net carbs in popcorn depends. While it’s easy to say that if you subtract the total fiber from the total carbs, you’ll come up with the net carbs in your popcorn, the truth is that it depends on how you cook it.

You might think it’s healthier to use an air popper, but when you’re on the Keto diet you’ll only wind up eating more net carbs and possibly throwing yourself out of ketosis. How many net carbs are in your popcorn really comes down to how you pop it.

If you pop it in the microwave you’re going to wind up with approximately 60 grams of net carbs per every 100 grams. So if you make a cup, you’ll be consuming 5 net carbs.

However, don’t be too quick to throw your popcorn in a pan of oil. Oil popped popcorn contains approximately 48 net carbs for every 100 grams or around 3.5 net carbs per cup. This might sound like a keto lovers dream, but there is a way to eat popcorn and consume even fewer carbs.

Believe it or not, microwave popcorn actually has the fewest net carbs, less than both air popping and oil popping. For every 100 grams, you’ll consume around 46 net carbs. A cup of it will net you under four net carbs.

However, you choose to cook your popcorn, make sure you use the math to ensure that you’re keeping your net intake of carbs below 20 grams. If you’re already near your total, you might want to forgo that bowl because even though microwave popping it results in fewer net carbs, it can still put you over the edge and knock you out of ketosis.

How Many Calories in Popcorn?

It varies. Popcorn is a low-calorie snack food. However, the number of calories in it can vary depending on how you cook it or where you buy it.

For example, theatre popcorn probably contains a lot of calories. You can’t see what kind of oil or even how much they use to make it, so it’s hard to calculate the number of calories the popcorn you buy at the theatre could contain.

When you’re making it at home, the number of calories that are in popcorn varies by the amount you eat, and how you cook it. A single cup of popcorn could contain anywhere from 385 to well over 500 calories.

So, even if you still have enough wiggle room in your daily net carb intake to eat a bowl, it might put you over your daily caloric intake. As with everything else, moderation is key.

As long as you don’t eat too much, if you’re still within all of your daily limits, a small bowl should be okay.

Can I Eat Popcorn on the Ketogenic Diet?

It all depends. For most people on the keto diet, a bowl of popcorn is perfectly fine. However, if you’re getting close to your maximum carb intake for the day, the answer is probably no.

It all comes down to keeping track of your daily intake and moderation.

While an ear of corn might push you over your daily carb limit, a cup of steaming popcorn shouldn’t. However, don’t rush to the popcorn maker just yet.

Before even considering a bowl of popcorn, you need to think about how many carbs you’ve already eaten. If you’re already anywhere near 20 grams, forget about the popcorn.

However, if you’re still under your daily intake limit, feel free to make yourself a wonderful bowl of everybody’s favorite grain. You’ll satisfy your cravings, which will keep you away from more dangerous foods, like sweets.

It’s also important to consider how you plan on making your popcorn. Cooked the wrong way, it could push you over your daily limit and knock you out of ketosis in no time.

Eating theatre popcorn is another story entirely. You don’t know what’s in it, and how they make it, or how much butter they put on it.

Without weighing all of those factors, it’s impossible to know how many net grams of carbs are in your snack. So when it comes to popcorn, it’s best to pop it at home and avoid eating it in a theatre or anywhere else.

What Happens If You Eat Popcorn on Keto?

It depends. If you’re craving popcorn and your daily net carb intake is under 20 grams, nothing will happen if you decide to eat a bowl.

However, if that bowl will put you over 20 grams of carbs for the day, you could throw yourself out of ketosis. For most people, a bowl should be just fine.

However, the key is moderation. If you eat more than a bowl, you’re probably going to wind up taking in too many calories and too many carbs, which can take you out of keto.

As long as you’re keeping track of your carb intake and your still under your daily carbs, you should be able to enjoy that bowl with no regrets. Just be careful and keep your eyes on the numbers.

If you’re craving a snack and you’re already at or close to your daily carb intake, you might be wondering what kind of foods you can eat.

There are several delicious popcorn substitutes that can satisfy your cravings while keeping your daily carb intake and ketosis state intact.

If you’re on the keto diet and you’re looking for delicious popcorn substitutes, here are some great choices.

When you’re chomping at the bit for some popcorn, there’s no reason to deprive yourself unless you’re close to your maximum daily carb intake.

If you’re already there, or close to it, don’t despair. There are lots of great substitutes that can satisfy your craving and keep you safely in ketosis. 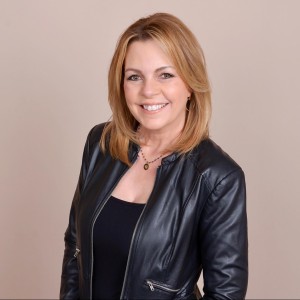 What is tallow, and is it suitable for the Keto diet?