As an Affiliate and Amazon Associate, I earn money form purchases made through my links, sponsored posts, and ads. This does not cost you anything extra.

I shed 50 pounds in 6 months on the Keto Diet. In this article, I’m going to invite you on a journey of how I, possibly like you, became ultimately frustrated with my health, fitness, and appearance.

I’ll provide every step I took along the way (and am still taking) as well as my tools. You’ll gain insight into the Ketogenic Diet, Intermittent fasting, mindset, and even some beauty secrets.

I’ll share my favorite KETO recipes and food staples I live on.

How I Got Here

Then my marriage fell apart. In 2016, when things started getting bad, I put back on 12 pounds. After I moved out and found myself in a nasty divorce court battle, I put another 13. Before I know it, I was back up to 198 pounds on 12/31/17. In all fairness, 10 of that came on during those lonely holidays in November and December.

While I hadn’t yet started my fitness journey, in August of 2017, after my divorce was final, I began to change. I was no longer “grieving”, there was no more “battle” of divorce, and I could now shift my focus to a more personal journey.

On August 29th, my adult daughter and I, thanks to a suggestion from my sister in law, took a class on false eyelashes. I was hooked on lashes!

I chose Velour lashes and my favorite is Lash in the City!

Honestly, this one thing is what started my entire transformation. How funny it is to look at what sparks a fire. I felt soft, younger, and attractive for the first time in years. Now, that being said, as much as I loved the lashes, I hated my lack of eyebrows.

I learned about Microblading and shading from friends on Facebook. I sought out someone who did brows and found the amazing Amina from the Brow and Lash Studio here in Las Vegas.

Next, I began focusing on the ever annoying, suffering causing eye bags that had haunted me since my early adult years. With every pound I gained, the eye bags got worse.

Nothing seemed to reduce the puffiness. I had invested in every cream I could find.

I began my research on blepharoplasty and that led me to Dr. Silver in Las Vegas. Scared as I was, I decided to have the surgery. What I had never noticed was that the upper lid was as bad as the lower lid. I didn’t even know that was a “thing”.

I just thought I had squinty eyes.

What was happening is that the upper lid was so heavy, it was shutting my eyes. Once Dr. Silver showed me how it could look after, I went for both upper and lower blepharoplasty.  One of the best things I’ve ever done for myself.

What I didn’t realize is that this surgery was setting me up for success for the Ketogenic Diet that I eventually adopted.

2 weeks prior to surgery, the doctor prepped me. The rules were: no aspirin, no alcohol, no eating anything from a box or can and plan and doing the same for several weeks after surgery. He explained that those items would all increase swelling.

I listened and followed his advice.

On November 1st, 2017, I had my eyes done. And was eating nothing out of a box or a can. The doctor said he had never seen “fat pads in the eyes” as large as mine. He also was amazed by my healing.

Stitches came out in a few days. I couldn’t wear makeup though while the incisions were healing so I stayed home for a couple of weeks.

I had to sleep elevated for a few weeks and bought something on Amazon to help me. It was fabulous.

The first few days were the hardest. My vision was poor and my eyes were sensitive to light. I downloaded podcasts and listened to those when I wasn’t sleeping.

I was working on my computer by day 4 in short bursts and by the end of the week was back in full swing. I kept ice packs on pretty much the entire time the first few days and then on and off the rest of the week.

It’s important to note that the full results were not evident til the end of month 3. Each month got better. The eyes really do swell and depending on your diet and activity will be worse at times. I ate a sausage pizza once and one eye swelled right back up like it was before surgery. I took 3 days to go back down.

The ketogenic way of eating is a focus on low carbs. In most cases, Keto is also a high-fat diet. You preset your macros based on your personal body numbers.

For example, my macros are 7% carbs, 23% protein and 70% Fats. Mine flexed to these over time when I realized how many fats kept me from being hungry. Since I only eat twice a day, I need to make sure the fats are in because they are the hunger level.

I’ve noticed that if I eat more protein and not as much fat, then I’m hungry.

That was pretty much it. I started tracking everything in MyFitnessPal and quickly discovered almost everything I ate was HIGH CARB! Even my small bottle of Orange Juice was 35 carbs!

Here’s the video I recorded when I shed the first 18 pounds.

I also chose intermittent fasting as it fits with my current lifestyle. For me, it’s easier NOT to eat than plan a lot of meals. I typically eat within a 4-6 hour window. First food is at noon and last food is eaten before 6 PM. I’m fasting then for 18 hours and my body is not producing insulin.

My focus is amazing. My energy is incredible. I’m sleeping great (after a short spell of not sleeping so great). And I’m shedding the pounds.

I track what I eat in MyFitness Pal because it’s an app I was already using. It’s simple to figure the net carbs by subtracting the fiber from the carbs. Not a big deal.

The first few months, I kept it REALLY simple. No recipes. Just meat on the grill and my veggies or bacon and eggs. I knew I could not be creative in the beginning.

I couldn’t do it without this amazing grill. It’s small, it sits on my counter. And it makes the most spectacular bacon you’ve ever seen in your life.

Approved because I’ve done them. And if I can make them, anyone can.

You guys have asked me about the changes I made this past year that are making me look younger and thinner. There isn’t one thing, and I thank you for noticing the hard work!

There are MANY things. I changed EVERYTHING from skin care, and makeup, to diet and wardrobe and am still working on it! I get a lot of sleep, am rarely “stressed” anymore and credit a lot to my new way of eating and looking at life!!!

Thank You and I promised I would gather it all and here it is. The Amazon links are affiliate links. Feel free to shop around for your best deals 🙂

4.) Eyelashes by Velour: http://prz.io/d1rElvT2 – I chose to put on my own because there are many days I don’t want to wear any. These are easy, long wearing, and beautiful. I love the Lash in the City style myself.

5.) Microblade and Shade Brows by Amina at The Brow & Lash Studio

8.) I also like the occasional Hanacure Mask. If you do one, you MUST send me pictures LOL: https://www.hanacure.com/prod…/the-all-in-one-facial-starter

10.) IT Cosmetics CC plus cream. Best foundation for me ever. – and the glow is amazing! http://amzn.to/2FCYQs9

13.) Ditched the lipstick and lipsense and went to lip gloss. SOOO much better! The Anastasia is kissably delicious! http://amzn.to/2HypCOz

The journey continues with my last update, a breast augmentation in September 2018.

I always wanted to do this. In my 20’s, I even had it scheduled and then changed my mind after listening to some talk me out of it.

I chose Dr. Anderson in Summerlin Las Vegas because of his great reputation. Women at the gym have expressedd their results and I have to agree.

His focus is a more “natural” under the muscle look.

I had a harder time with recovery than expected. Maybe because I’m 47, maybe because it was my 3rd surgery in 12 months, or maybe because this was the universe’s way of saying “Hey, Take a break”.

My biggest challenge was the allergic reaction to the surgical bra. If I had known about this potential, I would have used Fresh Breasts Cream and Powder from the get go! The amazing lotion turns into an anti -chaffing powder.

Also, my doctor wound up telling me I could wear a bra liner under the surgical bra. If I had only known that from day one!

My reaction was rare. Most people do not have this issue. 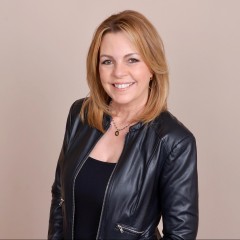 Welcome to my blog!

I'm Lori Ballen. I found success with the Keto way of living and love to share recipes. I'm also a blogger and trainer.

You came into this ride all crusty and broken, and

Low carb YUM! I’m on a role with my casseroles!

Obsessed with these. #collagen #over40 #40somethin

We use cookies to ensure that we give you the best experience on our website. If you continue to use this site we will assume that you are happy with it.OkNo