Home » Blog » Keto Diet Explained » What Is The Difference Between The Paleo Diet And The Keto Diet?

When comparing the Keto Diet and the Paleo Diet they may look similar on the surface. However, as we dig further into these two unique diets, we will see the differences.

Both of these diets are low-carb and very popular. While the low-carb craze may have begun with Robert Atkins and the Atkins diet, the Keto diet and Paleo diet include some of the same principles.

What is the Keto Diet?

The Keto diet targets those looking to lose weight. It also has the ability to help improve type 2 diabetes, Alzheimer’s disease, and other cognitive disorders. This type of diet was actually used in the 1920s to help prevent seizures.

[ctt template=”8″ link=”s9eJh” via=”yes” ]The Keto way of eating helps to accelerate weight loss by moving the body into a metabolic state known as ketosis. This state allows the body to use fatty acids as a fuel source instead of glucose, which produces ketones.[/ctt]

For the body to enter into ketosis, the diet must include very little carbohydrates. By reducing carbs, the body won’t have glucose to use as energy and will start to use fatty acids instead.

What is the Paleo Diet?

The Paleo diet is based on the Paleolithic or caveman lifestyle from many centuries ago. It’s aimed at eliminating legumes and grains due to the phytic acid content. The goal of the Paleo diet is to eat high-quality foods that help to support digestive health.

Most dairy products will be off limits on the Paleo diet due to the lactose, which isn’t easy to digest for most people. The goal of the Paleo diet is to eliminate foods hard to digest. This can be helpful for autoimmune conditions, gut health, weight loss and blood sugar balance.

Now that we have a basic understanding of both of these diets, let’s look at how they are similar. The following are both found within the Keto diet and the Paleo diet:

While these two diets have plenty in common, they actually have more differences than similarities.

There are a few specific key differences between the Keto diet and the Paleo diet. They are often used to achieve a similar outcome, weight loss, but they Keto diet is more targeted and rigorous than the Paleo diet.

However, the Paleo diet has been branded as more of a lifestyle change used for longer-term health without as many restrictions. It’s not known to be as intense as the Keto diet, either. Here’s a look at a few of the key differences between the Keto diet and the Paleo diet.

No Dairy Restriction on the Keto Diet

The Keto diet allows full-fat dairy, while the Paleo diet removes most dairy products due to the digestive issues they can cause. Dairy options, such as cheese, butter, Greek yogurt and even ice cream are allowed, and in some cases encouraged, on the Keto diet.

One of the major differences between the Keto diet and the Paleo diet is the overall focus. The Keto diet focuses on burning fast instead of carbohydrates, while the Paleo diet doesn’t. The Paleo diet puts more focus on digestive health and quality foods than fat burning, which will likely leave your body in the default metabolic state.

Using the Keto diet for weight loss means you will be working to put your body into the ketogenic state. This helps to target the fat on your body and provides the benefit of fast weight loss.

While the Keto diet is purely designed to cut carbs to a minimum and include plenty of healthy fats, the Paleo diet isn’t necessarily designed this way. It restricts legumes, grains, and refined sugars, but there are not carbohydrate restrictions with this diet. When it comes to starchy vegetables and fruit, these are not limited to the Paleo diet.

The Paleo diet also allows for natural sweeteners, such as coconut nectar, raw honey, and pure maple syrup. These are known to be very high in carbs and will be restricted, if not eliminated, on the Keto diet.

In addition, the Paleo diet doesn’t put any emphasis on the percentage of carbs you consume. The Keto diet usually restricts carbs to about 5% of your overall calories, while the Paleo diet could be 10% or even higher.

If you choose the Keto diet, you will get used to measuring the percentages of protein, carbs, and fats you take in every day. Typically, this will be a range of 5 to 10% carbs, 65 to 75% fats, and 20 to 30% protein. The strict Keto diet used to create rapid weight loss will only allow 5% carbs and will include 75% fat.

The Paleo diet doesn’t include this type of tracking.

Benefits of the Keto Diet

The Keto diet is all based on going into the state of ketosis. This was far more common before we had so many food choices. When access to food was limited, carbohydrates were not consumed at such a high level This caused the glucose in our bodies to be scarce, causing a state of ketosis.

When food did become plentiful, we would eat much more than normal and our bodies would store the excess as fat. Then, when the supply of food became scarce and higher carbohydrate foods would run out, our bodies would break down the stores of fat and create ketones for energy.

Today, this is known as “nutritional ketosis” and comes with many benefits including:

In addition, the Keto diet has shown to help with the symptoms of epilepsy and research has shown it may be a cure for cancer and other diseases.

Benefits of the Paleo Diet

Several other health benefits have been associated with the Paleo diet, as well.

Keto Diet vs. Paleo Diet: Which is Better?

Choosing between the Keto diet and the Paleo diet isn’t an easy decision for some. However, your goals will likely dictate which of these diets is right for you.

The Keto diet is right for you if:

The Paleo diet is right for you if:

Can the Keto Diet and Paleo Diet be Combined?

If you simply cannot make the decision, you could potentially combine the two diets. Of course, this means you will be practicing a Keto diet with elements of the Paleo diet as it cannot really work the other way around.

Combining the two diets means you would be practicing a dairy-free Keto diet with whole-food principles of the Paleo diet. It also means you would keep the restrictions of the Keto diet to ensure you enter ketosis for increased fat burning.

Of course, the best diet for you is the one you will actually stick to and treat as a lifestyle. The Keto diet has the ability to become a lifestyle and gives you the ability to lose weight fast and become a healthier version of yourself.

The cool sweetness is something that hits the spot, but you might miss on a ketogenic diet. Is ice cream keto?

Keep Keto Fun by getting a Keto Subscription box for yourself or as a gift for someone living a ketogenic lifestyle. Protein, Keto Bars, and Keto Snacks are delivered to you to enjoy.

How Much Fat Should I Eat On Keto?

Let’s take a look at how much fat you need on Keto, based on your goals. We’ll also examine how different levels of fat intake can affect your energy levels, weight loss, and overall adaptation to ketosis.

0 comments
Keto Coach
Lori Ballen is a Certified Ketogenic Lifestyle Coach. Having shed 43 pounds in just her few months on the Keto way of eating, Lori became passionate about helping others achieve better health and weight loss through living KETO. 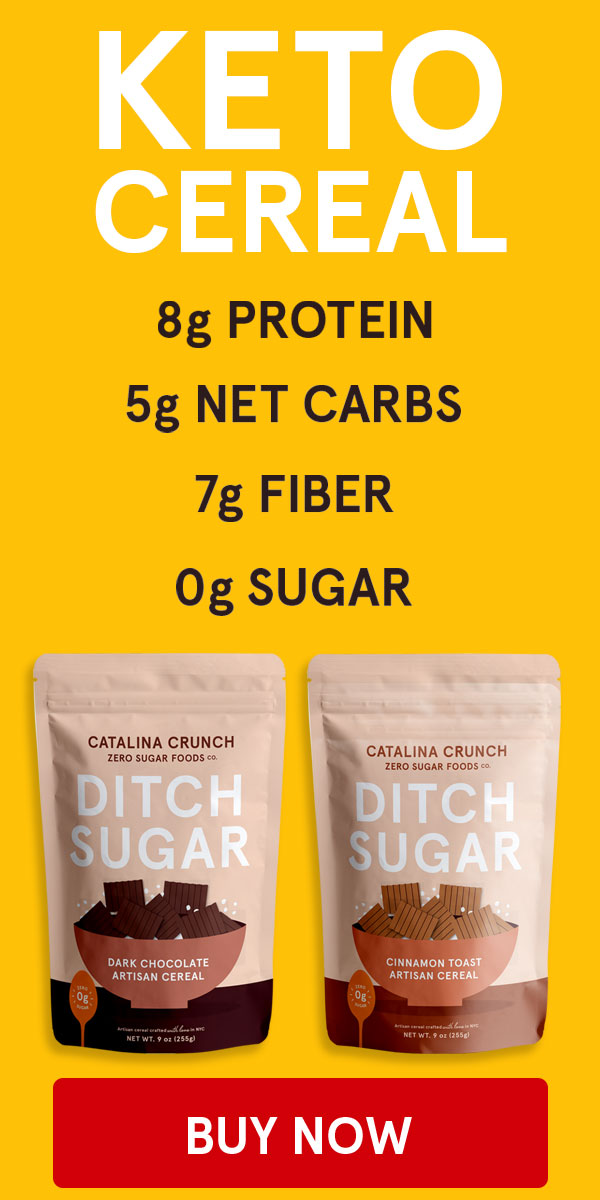 You'll receive one email per week with a collection of "on theme" Keto Recipes.